Skip to content
HomePoisoned: The true story of the deadly E. Coli outbreak that changed the way Americans eat. 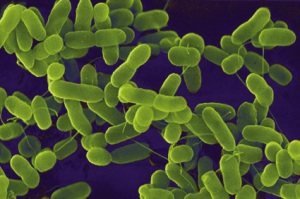 If your firm does a lot of food and drug related work, you may not need this book.  If your firm has no cases on food borne illnesses, you may not need this book.  I say may not because Poisoned, like A Civil Action, by Jonathon Harr, also gives a great illustration of that elusive skill, “lawyering”. It also has plenty to say about the Food and Drug Administration and food regulation from manufacturing to distribution as well as insurance law and corporate governance.  Attorney Bill Marler and the author donated the book to many law schools.  Six top law schools have used the book in such courses as legal writing and public affairs.

I love a big juicy rare hamburger with lettuce, tomatoes, mayonnaise, mustard, pickles and onions.  It has to be encased in one of those mushy hamburger buns from the grocery store.   A hamburger, in fact, much like the one pictured on the front cover of Poisoned.  I could have been the little girl on the cover – when I was a kid, a hamburger was a treat and it still is for many young (and not so young) children today.

In 1993, that happy treat became a nightmare for children who ate hamburgers from Jack in the Box restaurants. In only a few weeks, an outbreak of deadly E. Coli attacks spread to 700 victims, at least four of whom died.  The effects of E. Coli attacks are extremely painful, gruesome and traumatizing, psychologically as well as physically. One victim was described as looking “like a mummy”.

The cast of characters include Brianne Kiner, one of the first victims.  Represented by attorney Bill Marler, Brianne eventually received an award of $15.6 million, a record award at the time. Bob Piper an established Seattle lawyer represented Jack in the Box. Jack in the Box’s president, Robert Nugent, Vice President of Quality Assurance, Ken Dunkley, and others including the families of those involved are all portrayed in a humane and personal light. Their foibles and character traits are pictured convincingly. Bob Piper is a colorful character prone to wearing suspenders featuring naked women, partying and cigar smoking wherever inappropriate.  However, he proved to be astute, fair and practical. Bob Nugent is depicted as an honest, direct person whose driving goal, besides saving his company, was the fair treatment of the victims. The only true villain in the book is the E. Coli bacteria itself.

Bill Marler, Suzanne Kiner, Brianne’s mother, and others have continued to work to improve food safety standards of all kinds and have achieved a significant reforms in all aspects of food production, including stricter federal regulations, stricter inspections, better procedures for and documentation of food handling processes.  After the 1993 outbreak, strong federally mandated rules and standards were put in to place.

However, as we know, there isn’t a perfectly happy ending. Recently there has been a string of reports of food poisoning from lettuce to bean sprouts. Congress has not provided the funding to implement many of the reforms passed.  While this outbreak has not completely “changed the way Americans eat”, it certainly has made many more people aware of food choices.  And the book is an absorbing, compelling and yes, even, entertaining read.